Côr CF1 is one of Wales' most successful choirs. The choir's achievements include numerous awards at national and international competitions and singing with world-renowned artists. The choir has also performed in some of the most magnificent venues in the world including Trinity Church New York, Köln Cathedral in Germany and St. Mark’s Basilica in Venice.

The choir has had many other exciting opportunities such as singing with Take That and Lulu in 2019, singing at the official opening of the Wales Millennium Center in 2004 and singing at Principality Stadium before international matches, including the 2015 Rugby World Cup. CF1 was also invited to sing at the Mizoram Presbyterian Church Conference in Mizoram, India in 2016. They have toured the United States, Canada, Poland, Germany, Italy and Ireland, not forgetting throughout England and Wales. 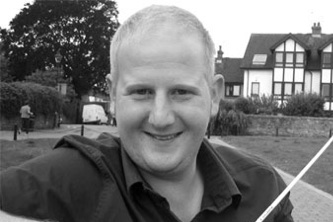 Eilir Owen Griffiths is one of Wales’ most dynamic choral directors. With over 15 years’ experience as a Musical Director and a composer, he has conducted CF1 since its formation back in 2002.

Eilir has conducted many different choirs over the years. He was previously the Musical Director for Côr Godre’r Garth between 2004 and 2014 where the choir managed to win the mixed choir competition no less than five times at the National Eisteddfod under his directorship. Eilir was also one of the first Musical Directors for the Cardiff Blues Choir which was formed as part of the Codi Canu series on S4C back in 2006 and he also conducted the Trinity Saint David Carmarthen choir, the winners of the Youth Category in Côr Cymru in 2007 and also Dyffryn Tywi School of Performing Arts.

Eilir has also accepted a number of invitations to travel as part of his work as a conductor to Ireland, Germany, Poland, France, India and the United States and he also contributes regularly to television and radio programmes including the Urdd and National Eisteddfod. 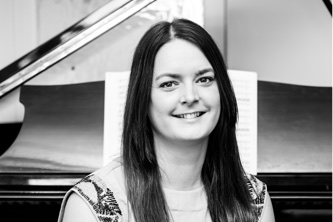 Rhiannon graduated from the Royal Welsh College of Music and Drama in 2009 after studying under the tutelage of Richard McMahon.

She has been awarded many prizes for her work as an accompanist and repetiteur including the Welsh National Youth Opera Seligman Award, the RWCMD Mansel Thomas prize and Accompanist Prize, and Gwobr Goffa Eleri Evans, the accompanist prize at the National Eisteddfod.

Rhiannon was accepted for the late Yehudi Menuhin’s musician scheme, Live Music Now, in 2009, and performs all over the country in recitals and workshops.

Rhiannon is also accompanist of the Cardiff Blues Choir, City Voices and the Morriston RFC Male Voice Choir. Her choral roles have seen her travel to South Africa, America, Canada and Europe. 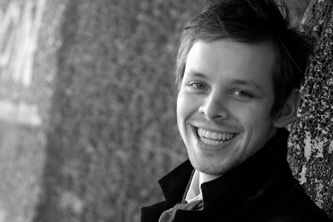 Originally from Ammanford, Carmarthenshire, Richard, a graduate from Royal Holloway, University of London, is an accomplished pianist having twice won the National Urdd Eisteddfod of Wales along with winning the coveted pianist of the festival award. He has played across Europe including the British Ambassador’s residence and ‘Church in the Rock’ in Helsinki.

Richard is also the Musical Director of the Cardiff Blues Choir, is a regular accompanist on S4C programmes and is regularly in demand as a session musician. He's worked as a vocal coach with the ‘Big Talent’ school at the Wales Millennium Centre. He has been a professional piano tutor since the age of 15 and continues to teach privately.

Richard has also worked as a Researcher and Musical Assistant on many television productions and as an actor, has starred in the S4C productions ‘Pam Fi Duw’, ‘Maxn’ and ‘2 Dŷ a ni’. He is in regular demand as a voiceover artist, and working as a composer, wrote the music for S4C’s children’s production ‘Herio’r Ddraig’ and the recent S4C film, ‘Pianissimo’. His choral compositions and arrangements are increasingly in demand by choirs from across Wales and beyond.

New members are welcome to join CF1 at any time! You don’t need an audition, but you do need to enjoy singing!

Throughout the year, CF1 takes part in several concerts, competitions and festivals of all sorts! As well as the singing, the choir often have nights out such as the Summer Party, Christmas Party and social nights throughout the year.

If you’d like more information about joining CF1, then send an e-mail to [email protected]